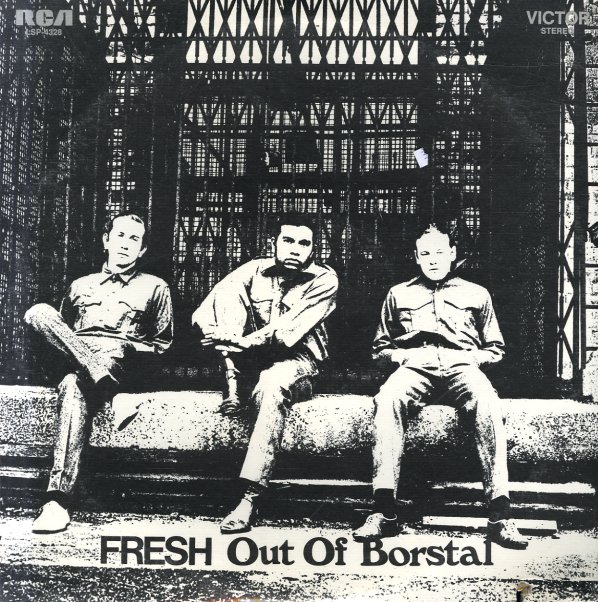 Fresh Out Of Borstal

A pretty rough and rugged set of rock tracks – performed by a trio who were all prisoners at London's legendary Borstal! The title makes you think this might be some sort of Clash-type record, but the date belies the difference – and the overall approach is kind of in the Rolling Stones/Immediate Records mode of the late 60s – soulful at times, and with some added arrangements that include strings and larger orchestrations behind the core rock sound. Titles include "Long Long While", "Borstal", "See You Later", "You Made Me What I Am", "Life Is What You Make It", and "Take What We Want".  © 1996-2022, Dusty Groove, Inc.
(Cover has small initials in marker, but looks great overall.)