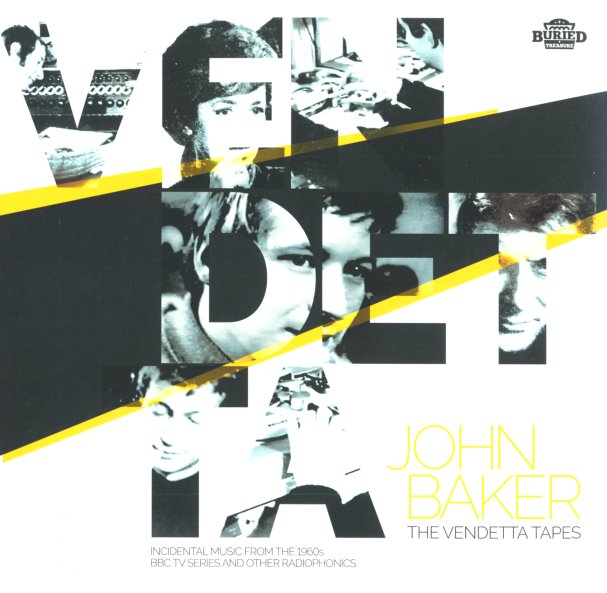 Sublime sound cues from BBC maestro John Baker – a wonderful blend of jazzy moments and weird electronic sounds – often used together at the same time! The feel here is as hip as the hippest Brit TV of the 60s – some very righteous grooves that would have made great records on their own – mixed with moodier moments that blend together all sorts of forward-thinking elements, at a level that was hardly being done on American TV at the time – easy shifts between timings and tones that keep the whole thing moving with an incredible degree of freshness throughout – with a sound that's way way different than any sort of other television work we can think of. Some tracks have improvised tenor or flute passages, often while other weird electric bits are taking place – and there's also lots of nice work on drums and percussion, which further gives the electronics a direction! Titles include tracks from Vendetta episodes "The Sugar Man", "The Dolly Man", "Suivez La Piste", "The Widow Man", "The Caves Of Steel", and "The Ice Cream Man".  © 1996-2022, Dusty Groove, Inc.