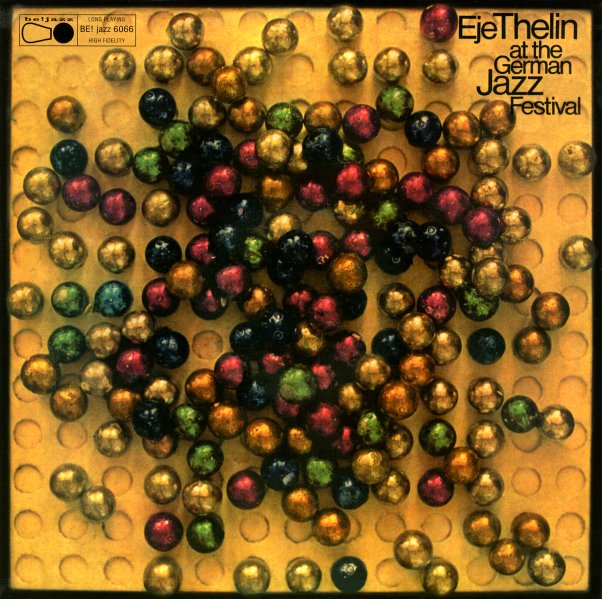 An amazing set from Swedish trombonist Eje Thelin – a live date, but a totally excellent session that stands as one of the best demonstration of his talents in the 60s! On the European scene at the time, Thelin was easily one of the most inventive players on the trombone – one of the few who could hit the soulful swing of American musicians like Curtis Fuller or JJ Johnson, but also an artist who was starting to stretch out into new realms too – just a touch of Grachan Moncur and Roswell Rudd, with a hint of the modernism that would come later in his career. This album really captures him at the cusp – very creative, yet still mostly swinging and straight ahead – working with a great quintet that also features Ulf Andersson on tenor, Joel Vendroogenbroek on piano and flute, Roman Dylag on bass, and Rune Carlsson on drums. Titles include "The Opener", "I'm Old Fashioned", "Gazoline", "Marquese De Villamanga", and "Filmballad".  © 1996-2022, Dusty Groove, Inc.