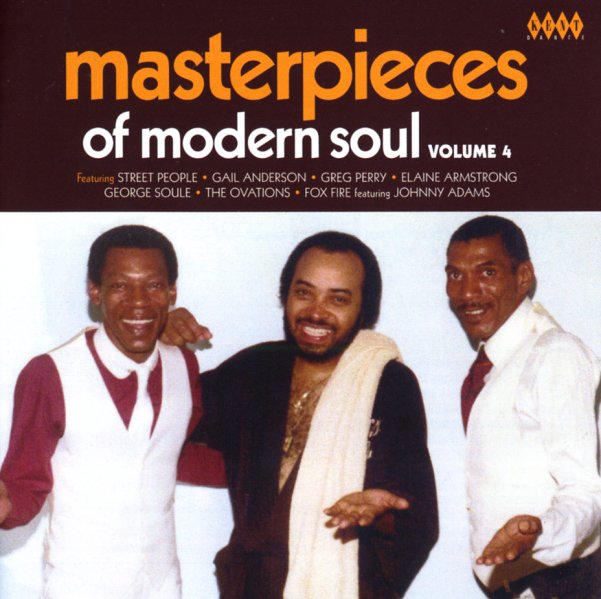 One of the most supremely soulful compilations we've heard in years – and easily the deepest in this series to date! From the start, Kent's Masterpieces Of Modern Soul collections have been all about bringing rare gems to fresh ears, and they've really outdone themselves here. A solid majority of the tunes have never been released before now, and even the tunes that were issued back in the day are pretty darn rare! Most of it was recorded in the 70s, when the more grandly arranged soul and R&B styles of the previous decade were being honed into a slightly stripped down, though still sophisticated modern soul sound. Fantastic stuff! Volume 4 takes a baby step or 2 into the 80s, without losing sight of the 70s-rooted groove – and the titles include "No Limit" by Darrow Fletcher, "It Takes Heart" by Greg Perry, "Baby You Got It All" by Street People, "Gotta Be Loved" by Herman Davis,"I'll Laugh Till I Cry" by Toussaint McCall, "Never Felt This Say Before" by The New Experience", "See Saw Affair" by Cesar, "I've Never Been In Love" by Alvin Robinson, "Don't Matter To Me" by Billy Cee & Freedom Express, "We Communicate" by Gail Anderson, "Midnight Affair" by George Soule, "Daddy Please Stay Home" by Obrey Wilson and more. 23 tracks in all!  © 1996-2023, Dusty Groove, Inc.