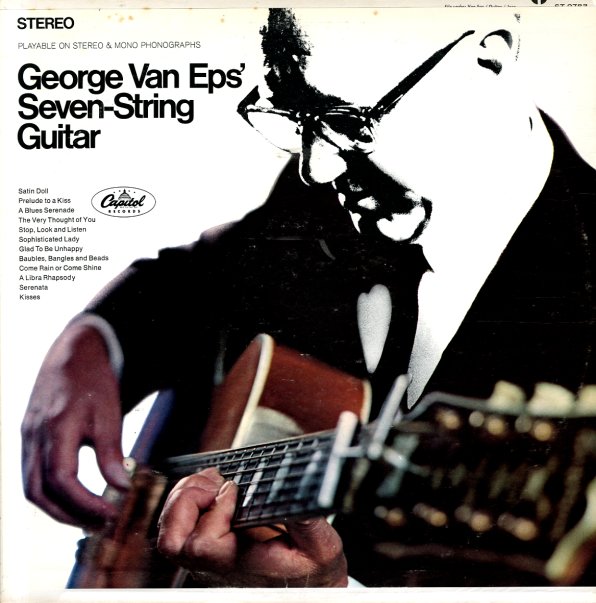 Very moody stuff – especially for the time it was recorded! The album came out in the late 60s, a time when most guitarists were plugging in, fuzzing out, and really getting crazy – but George Van Eps was still keeping his cool, playing gently swinging lines on his unique 7 string guitar, working here in the Capitol studios completely on his own! Tracks include "Kisses", "Satin Doll", "Stop Look & Listen", "Glad To Be Unhappy", and "A Libra Rhapsody".  © 1996-2020, Dusty Groove, Inc.
(Cover has a FREE punch out in the top right corner.)