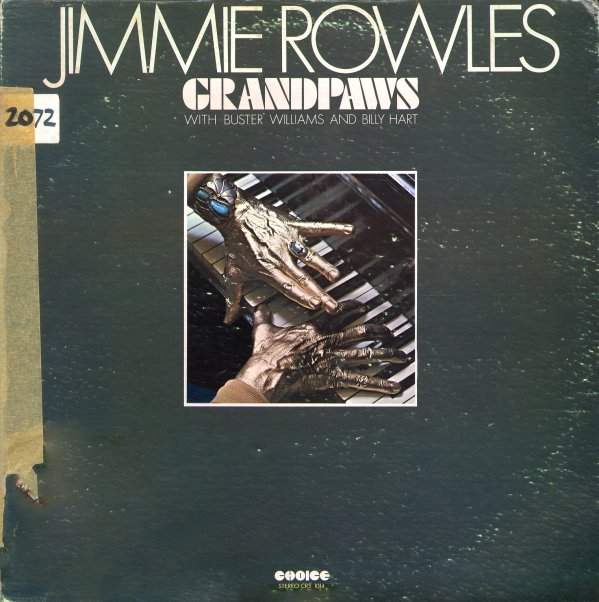 Forgive the silly pun in the title – and just dive in and dig this excellent 70s album from pianist Jimmie Rowles – a set that's maybe his hippest of the decade, thanks in part to work from Buster Williams on bass and Billy Hart on drums! With Buster and Billy in the mix, the set's anything but standard – as there's a depth and freshness to the rhythmic conception that really offsets Jimmie's piano – augmenting it and inspiring it, and not just bowing to its role in the lead – as can sometimes happen with other 70s rhythm trios in which Rowles works. Jimmie vocalizes a bit, but the set is mostly instrumental – and titles include "Jam Face", "While We're Young", "Where Or When", "My Mother's Love", "Irene", and two inventive medley tracks.  © 1996-2020, Dusty Groove, Inc.
(Cover has some ring & edge wear.)

Waterbed
Choice, 1978. Near Mint-
LP...$6.99 (CD...$13.99)
A really cool 70s album from reedman Buddy DeFranco – and one that resonates strongly with some of his groovy 60s work with Gumina! As with those records, this one features both clarinet and accordion – the former by Buddy, the latter by Gordie Fleming – used here in a match that' ... LP, Vinyl record album