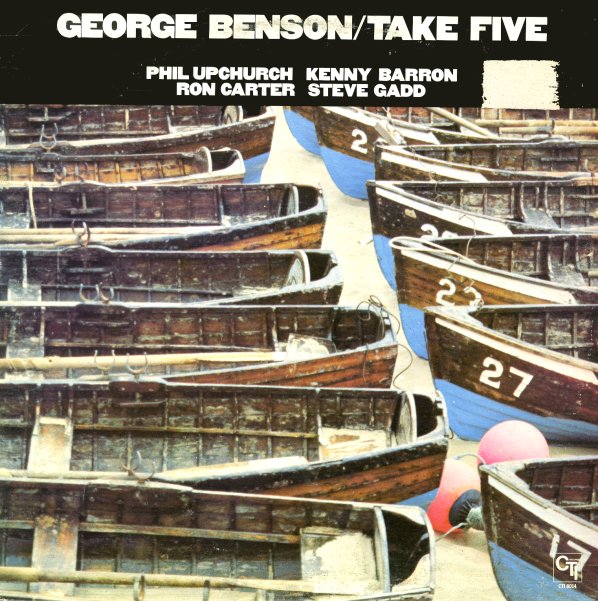 A great 70s album by George Benson – and kind of a sleeper amidst the bigger hits of his CTI work! The record's a nicely stripped-down affair, with arrangements by Don Sebesky that don't ever really get in the way of Benson's guitar, and instead provid a perfect platform for him to lay down some wonderfully dark and chromatic chord changes. The set kicks off with a Phil Upchurch-conceived funky version of "Take Five", and Phil also contributed the funky number "Full Compass" to the record. The real standout, though, is George's own "My Latin Brother", a great Chicano funk number that's a perfect outing for Benson's dope guitar!  © 1996-2022, Dusty Groove, Inc.
(Late 70s issue with Van Gelder stamp.)