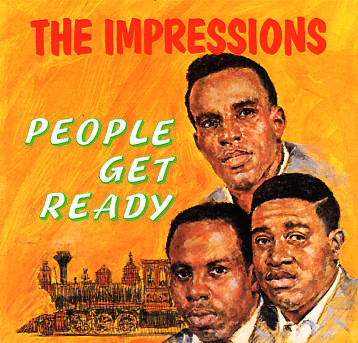 One of the greatest albums ever from The Impressions – and a set that takes their work to a whole new level, by bringing in an even more righteous sound! The core elements of the group's 60s genius are all in place here – compositions from Curtis Mayfield, arrangements from Johnny Pate, and sublime harmonies from the group. But there's also something extra too – a new level of consciousness that's creeping into the music, hinting at the more righteous subject matter of later years – but with a much more subtle approach. All tracks are great – and titles include "See the Real Me", "Woman's Got Soul", "We're In Love", "Can't Work No Longer", and "Emotions".  © 1996-2022, Dusty Groove, Inc.
(Original mono pressing. Cover has a split spine held with old tape, partially split seams, surface wear, a name in pen, and aging. Vinyl skips on "See The Real Me".)