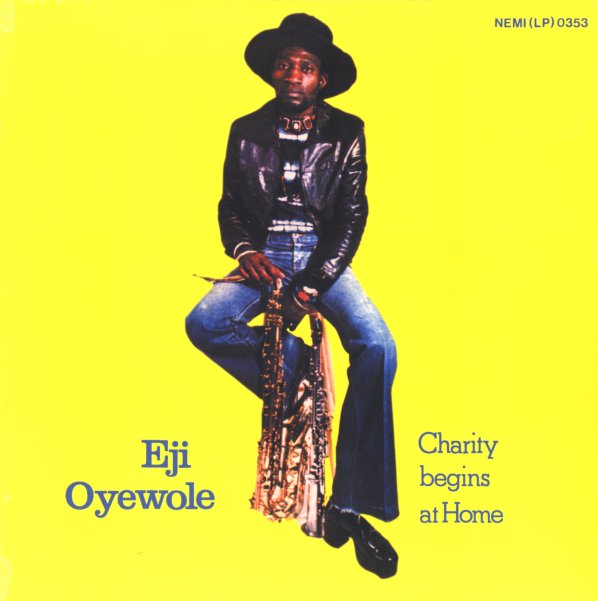 No charity needed here – as reedman Eji Oyewole's got a wealth of talent on his own! Eji's a musician with roots in the 60s Nigerian scene, but left to follow a personal path through Europe and the US, where he picked up some wonderfully funky styles which are then brought home to create this completely cooking late 70s album! The style's different than other big Afro Funk names of the time – like Fela Kuti or Manu Dibango – but shares a similar sense of flowing, open grooves – and Eji's ability to act strongly as both a lead vocalist, and a soaring soloist on tenor, soprano, and flute! Rhythms are damn funky at the core – with almost a blacksploitation vibe at times – and the tracks are all quite long, with most of the real "voice" coming from the saxes, which speak volumes on their solos. Titles include "Gele Odun (Oil Boom)", "Lagos Complex Highways", "Unity In Africa", and "Charity Begins At Home".  © 1996-2021, Dusty Groove, Inc.