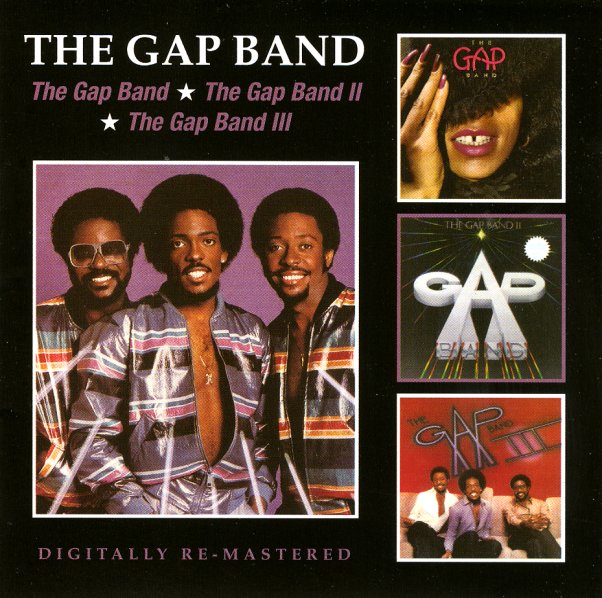 Massive music in a wonderful package – three funky classics from The Gap Band! First up is the group's self-titled album from 1979 – the start of the legendary second chapter for the Gap Band – the point when the group had reemerged as the tight funky trio of the Wilson Brothers, with a groove that would really set them up nicely for the 80s! This first album in the new format has a wonderfully tight feel – still plenty of sharp edges that echo their earlier groove, but a leaner quality too – one that's got the bass and drums snapping together wonderfully, really setting the tone for the heaviest grooves. There's also a few mellower cuts too – which really sound great, and give the record the same sort of balance you might hear on work by Heaven & Earth at the time. War's Lonnie Simmons produced – and held the cash bag all the way to the bank! Titles include "I'm In Love", "Got To Get Away", "Messin With My Mind", "Shake", "Baby Baba Boogie", "Open Your Mind Wide", and "I Can Sing". Gap Band II features mean, lean grooves from The Gap Band – a legendary batch of mainstream funk from the end of the 70s – and a record that really has the trio working at the top of their game! There's a wonderful balance here between funky numbers and mellow ones – the latter of which really help pace the record nicely, giving it a depth that takes the group way beyond the cliches of some of their contemporaries, and firmly establishing the Gap Band as one to watch for the 80s! Titles include the massive "I Don't Believe You Want To Get Up & Dance" – with its classic "Oops Upside Your Head" refrain – plus "Who Do You Call", "No Hiding Place", "Steppin Out", "You Are My High", and "Party Lights". Gap Band III is sagreat one from the Gap Band – funky gems and sinister groovers – the best of both worlds for the group! Tunes like "Burn Rubber On Me (When You Want To Hurt Me)" and "Humpin" packed 80s dance floors for good reason, and put the band in steady rotation, while numbers like "Yearning For Your Love" showed the band could drop the tempo, stretch out a bit, and deliver the mighty mellow. This one's certainly at the top of the heap of 80s groovers, as far as we're concerned – a record that really took the Gap Band over the top! Other tracks include "Nothin' Comes To The Sleepers", "Are You Living", "The Way", "Gash Gash Gash" and more.  © 1996-2023, Dusty Groove, Inc.