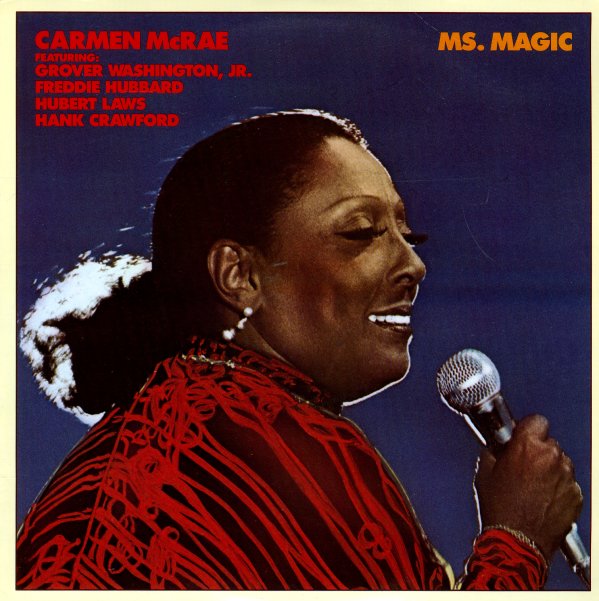 Fine & Mellow – Live At Birdland West
Concord, 1988. Near Mint-
LP...$2.99 (CD...$7.99)
A mighty nice setting for Carmen McRae, and a bit different than usual too – especially given that the backing group is a pretty soulful tenor/organ combo! Jack McDuff handles the Hammond, and Red Holloway plays both tenor and alto, with some nice comping from Phil Upchurch on guitar in the ... LP, Vinyl record album

In Person (aka Carmen McRae Live At Sugar Hill – San Francisco)
Mainstream, 1962. Near Mint- Gatefold
LP...$3.99
Mainstream repackaging of a wonderful set by Carmen McCrae – captured at San Francisco's Sugar Hill in 1962 – backed by a tight trio! Carmen is in sweet form here, very loose and and wise, and the group knows just how to fill out the sound. She scats loosely on the opening "Sunday ... LP, Vinyl record album

As Time Goes By – Live At The Dug
Catalyst, 1973. Near Mint-
LP...$5.99 7.99
A very unusual session for Carmen McRae – a live recording that features only her vocals and piano, on spare readings of a number of sophisticated songs that ably demonstrate the class and care she was bringing to her work at the time! The approach is quite different from some of the ... LP, Vinyl record album