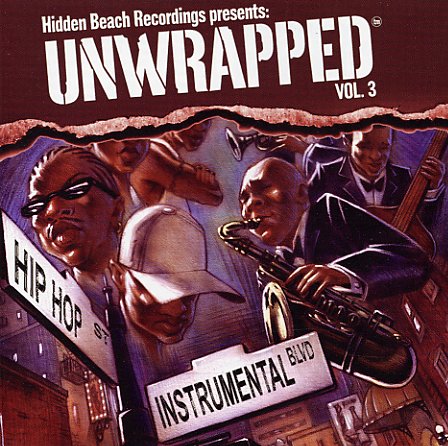 A batch of smooth, jazzy instrumental takes on hip hop hits – from Hidden Beach Records! If you scratch just a little bit below the surface of the Hidden Beach roster, digging a little bit deeper than Jill Scott, there's an ultra smooth, kinda Quiet Storm vibe of sophisticated soul with lots of warm jazzy touches. That instrumental vibe is brought into these instrumental takes on hip hop's biggest hits, which keep the bouncing, kinetic appeal of the originals but play the tunes out in a modern jazz style. Linear horn, synthesizer and bass arrangements abound, with some scatty vocals over the top. Smooth jazz with a bassy bounce! Tracks include "In Da Club", "I Know What You Want", "PIMP", "Tainted" (a nice little nod to a lesser known single by Slum Village), "Lose Yourself", "Doo Wop (That Thing)", a Biggie medley, at 2Pac medley and more!  © 1996-2022, Dusty Groove, Inc.
(Out of print. Barcode has a cutout hole.)

Blue Savannah
Passion (UK), 2003. Used
CD...$9.99
Is it us, or do these guys sound better than ever? Shakatak seem to have lost all the 80s soul cliches of years past, and they're working here in a sweet jazzy style that brings together all the best part of their years of experience, with a fresh and stripped-down sound that's right up there with ... CD