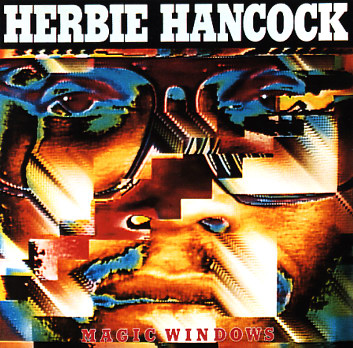 A great little soul album from Herbie Hancock – but one that's often lost in the valleys between his bigger hits of the time! The record was cut in the space right before Herbie's big "Rockit" success – and it's a sweet bit of funky fusion that has a good dose of R&B in the mix – similar to other records from Hancock's Columbia label keyboardist contemporaries – like Rodney Franklin, Webster Lewis, or Charles Earland! All orchestrations are performed by Herbie on a host of keyboards and synthesizers, and just about every cut has vocals – from singers who include Sylvester, Gavin Christopher, and The Waters. But even with this soul component, Herbie still keeps things jazzy – using a good bit of keyboards to open up the tunes in the middle, and hitting hard on all numbers with that classic Hancock approach to funk! Titles include "Magic Number", "Tonight's The Night", "Everybody's Broke", "Help Yourself", and "Satisfied With Love". CD also features the bonus "Magic Number (disco mix)".  © 1996-2022, Dusty Groove, Inc.

Filles De Kilimanjaro (bonus track)
Columbia, 1969. New Copy
CD...$8.99 9.99 (LP...$29.99, CD...$3.99)
A dark blend of acoustic and electric modes from Miles Davis – a set that still has him working with elements of the classic 60s quintet, but which also brings in a stronger emphasis on electric piano too! The rhythms here are really fantastic – ready to burst forth into a whole new ... CD

Miles Smiles
Columbia, 1966. New Copy
CD...$6.99 (LP...$44.99)
Miles Smiles, but his grin is a wry one – given the angular energy of the set! The album's a landmark effort from the mid 60s quintet that includes Wayne Shorter, Herbie Hancock, Ron Carter, and Tony Williams – all of whom work without fail to capture Davis' newly emerging approach to ... CD