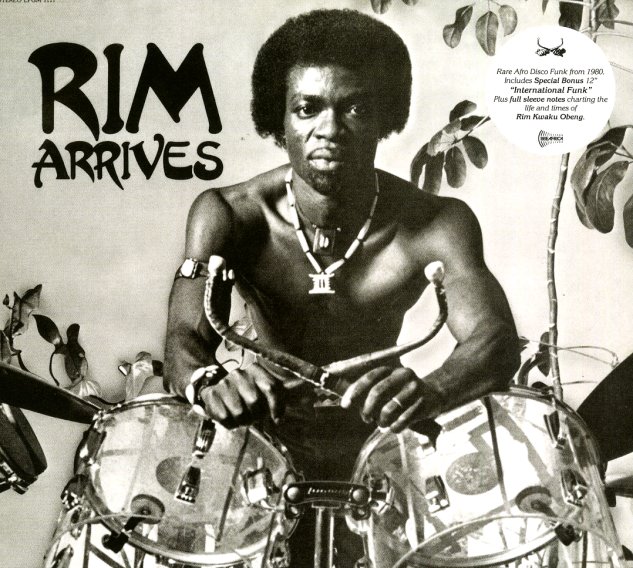 A damn soulful album from Ghanaian percussionist Rim Kwaku Obeng – recorded in LA at the end of the 70s, with loads of sweet clubby touches in the mix! Rim gets in plenty of tight percussion – lots of which showcases his rim-heavy approach to the drums – and also plays keyboards and sings a bit too – in a larger group that mixes in some very hip LA funky elements, a bit like some of the criss-crossing that Hugh Masekela did on his Chisa Records sessions! The style makes for a great bit of funky club with lots of deeper acoustic percussion elements in the sound – and titles include the massive break classic "Funky Drummer", plus "Nothing Is Free", "Spend Your Money", "Gas Line", "Sunkwa", and "Believe In Yourself". Special package – also includes the bonus 12" tracks "International Funk (voc)", and "International Funk (inst)".  © 1996-2021, Dusty Groove, Inc.