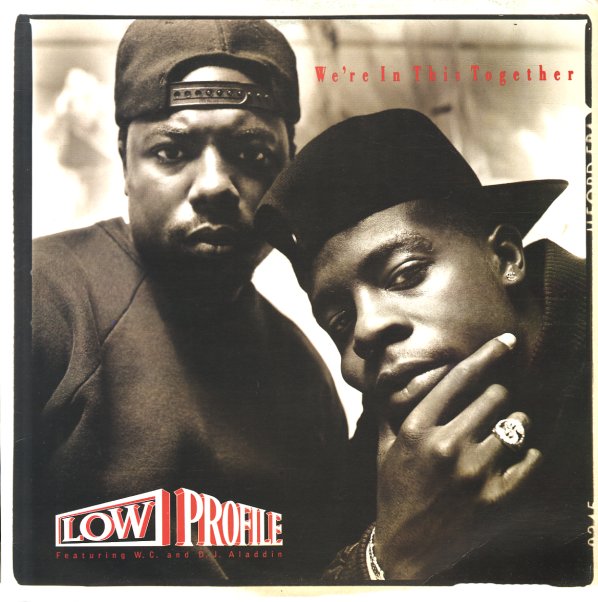 WC and DJ Aladdin working together as the producer/DJ duo Low Profile – definitely paving the way for more famous west coast rap to come – on a still strong, long under-appreciated album on Profile! WC would go on to make a bigger name for himself with Madd Circle, West Side Connection and solo endeavors, but man, this early LP with the underrated Aladdin not only feels live a pivotal bridge from the mid-to-late 80s gritty west coast rap sound to the G Funk to come, it's simply a strong record that stands firmly on it's own. Includes the standouts "Funky Song" and "Pay Ya Dues", plus "Easy Money", "Keep Em' Flowin", "Aladdin's On A Rampage", "How Ya Livin" and "Make Room For The Dub B U".  © 1996-2020, Dusty Groove, Inc.
(Cover has light wear.)