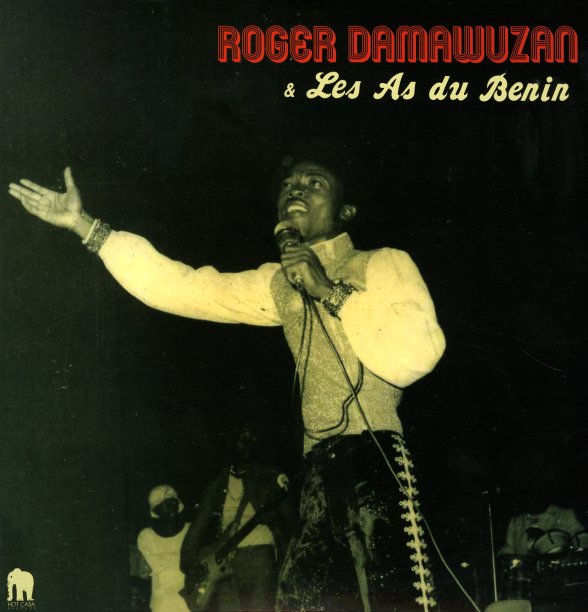 Roger Damawuzan looks a bit like an American soul singer on the cover of this excellent collection – and his music often comes across in the same way, with a nice undercurrent of funk in the rhythms, and very powerful vocals from the leader! The set's the first we've ever seen to focus on Damawuzan's music – and brings forth a killer batch of tracks recorded in Togo in the late 70s and early 80s – some with a definite James Brown influence in the grooves, others more open to more familiar West African elements you might hear in some of Roger's contemporaries – but still always delivered with this lean, mean style that's mighty soulful! The Hot Casa label is one that we've really grown to trust for the funkier side of vintage African recordings, and this set is no exception – filled with great grooves that include "Wait For Me", "Do You Know My Name", "I Need A Horse", "Tirez Tirez", "Motherless Child", "Vino La Medo", and "Agbe Fe Avi".  © 1996-2022, Dusty Groove, Inc.

Noussin
Hot Casa (France), 2021. New Copy
LP...$19.99 39.99 (CD...$9.99)
A sweet little album from Vaudou Game – a set that's got a leaner feel than some of their previous records, but in a way that also makes the whole thing funkier too! The group's a quartet this time around, and working with lots of guitar riffs and bass from lead singer Peter Solo – ... LP, Vinyl record album