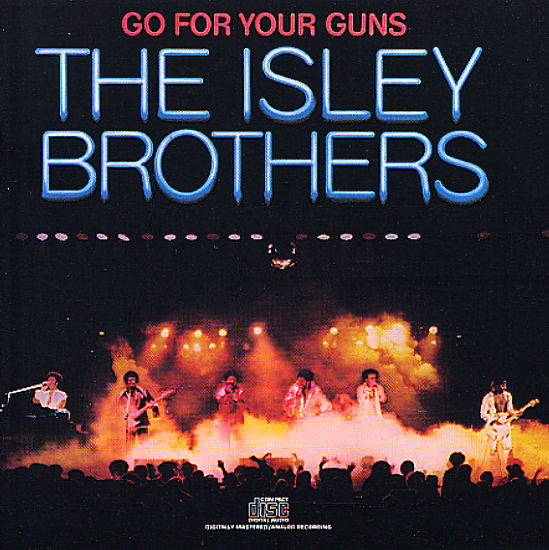 A funky album – but one that we love best for the mellow tracks! Sure, the Isleys could wear flashy suits and play some heavy guitar – but honestly, what we really love them for here are the laidback, loving tunes they do so well. The album includes 2 of their greatest ballad tracks ever – "Voyage To Atlantis" and "Footsteps In The Dark" – plus the midtempo tune "Tell Me When You Need It Again", another great track that almost has the same power as the other two. Other tracks include "Climbin Up The Ladder", "The Pride", and "Go For Your Guns".  © 1996-2020, Dusty Groove, Inc.
(Later pressing in a barcode cover.)