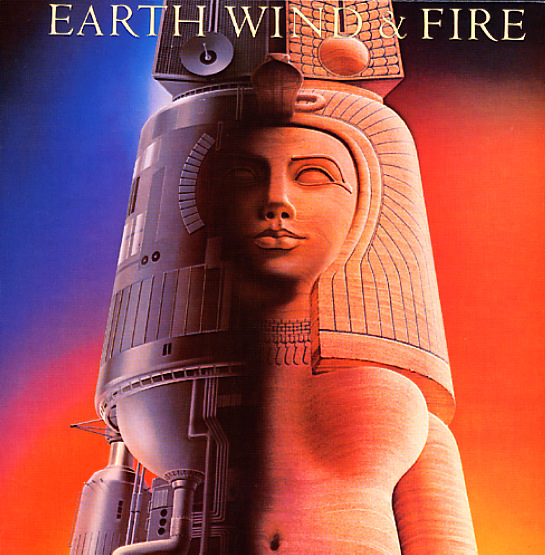 Earth Wind & Fire hits the 80s – and never misses a beat! Turns out that the group's older style of jazzy funk was a perfect fit for the boogie-styled rhythms of the post-disco era – heard here on the megahit "Let's Groove", and followed up by a beautiful batch of supporting numbers! There's styles here that other groups were starting to use at the time – keyboard flourishes and more electrified rhythms at the bottom – but throughout the whole set, Maurice White and the group handle themselves with trademark EWF class, and elevate even the simplest of tunes to a higher level. Another winner for the group, and the kind of record that most other groups could only hope to record once! Titles include "Kalimba Tree", "Evolution Orange", "Let's Groove", "The Changing Times", "Wanna Be With You", "I've Had Enough", and "Lady Sun".  © 1996-2022, Dusty Groove, Inc.
(Includes the printed inner sleeve. Vinyl has a short click during "Wanna Be With You". Cover has some light wear.)

Slow Dancer (2nd cover)
Columbia, 1974. Very Good+
LP...$3.99
One of Boz Scaggs most soulful albums thanks to production from Johnny Bristol, and arrangements from HB Barnum! Titles include "Slow Dancer", "I Got Your Number", "Hercules", "Take It For Granted", and "Pain Of Love". LP, Vinyl record album

Dream Of A Lifetime
Columbia, 1985. Sealed
LP...$8.99
A great posthumous release from the mighty Marvin Gaye – a set that's half comprised of material that Marvin was working on before his early death, and half pulled from rare personal recordings he'd entrusted to his mother! The cover carries a message that some of the material might be " ... LP, Vinyl record album

'Bout Love
Columbia, 1978. Near Mint-
LP...$14.99
One of Wither's most underrated sets, a nice effort from the latter part of his Columbia career. The set has the sort of modern soul polish throughout that separates these CBS sides from his earlier grittier work for Sussex, and though the sound has a little more commercial and mainstream appeal ... LP, Vinyl record album