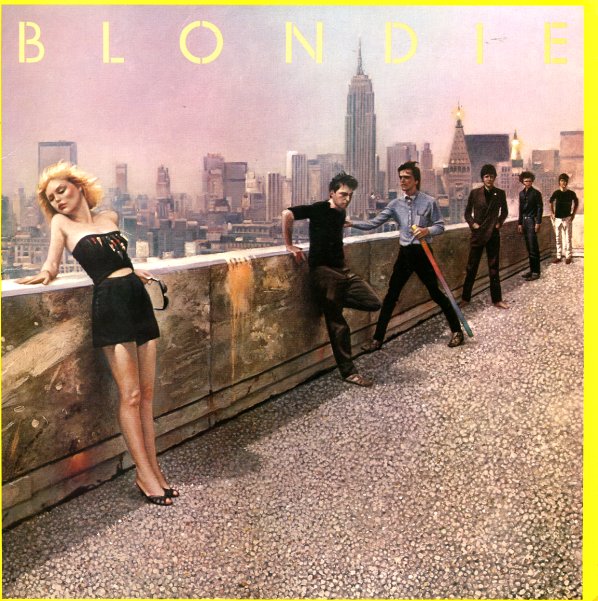 The biggest sounding Blondie album by far – and a radical leap from New York new wave scene band to a wildly ambitious pop pastiche machine! The band always had a fearless way of filtering far-reaching pop sounds into their material, even when they were still on the CBGBs scene, and while their stylistic reach grew with each successive album, Autoamerican really takes it to extremes. It's somewhat notorious for favoring session players over the core band, but given how crazy the stylistic breadth is – no disrespect to that incredible core band – it's a creative win, as much BECAUSE they bit off more than they could chew production wise, as it is despite that. It's most famous (or infamous, depending on who's talking about it) for "Rapture", and other tracks include "Europa", "Live It Up", their classic, breezy cover of "The Tide Is High", "Here's Looking At You", "Faces", "Follow Me" and more.  © 1996-2021, Dusty Groove, Inc.
(Includes the printed inner sleeve. Cover is partially unglued at bottom.)

Specials (US pressing)
2 Tone/Chrysalis, 1980. Very Good
LP...$24.99
One of the most important albums on the mighty 2 Tone label – and part of a huge ska revival on the British scene that would send ripples through modern music for years to come! And sure, the words "ska" and "revival" in the same sentence can often make most folks wince ... LP, Vinyl record album