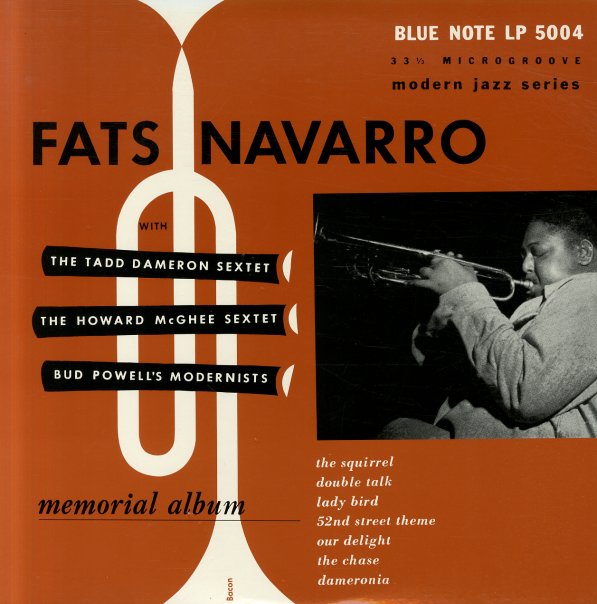 Tremendous work from a trumpeter who was taken from us all too soon – the legendary Fats Navarro, an important early voice in the sound of bop! The album's a short one, but every track is a gem – as Navarro blows beautifully in groups led by Bud Powell, Tadd Dameron, and Howard McGhee – always with this balance between sweetness and bite that's totally wonderful – an undeniable influence on later hardbop trumpeters to come, served up here with a sense of phrasing and economy that's still very powerful after all these years! Titles include "The Squirrel", "Lady Bird", "Our Delight", "The Chase", "Dameronia", "Double Talk", and "52nd Street Theme".  © 1996-2021, Dusty Groove, Inc.