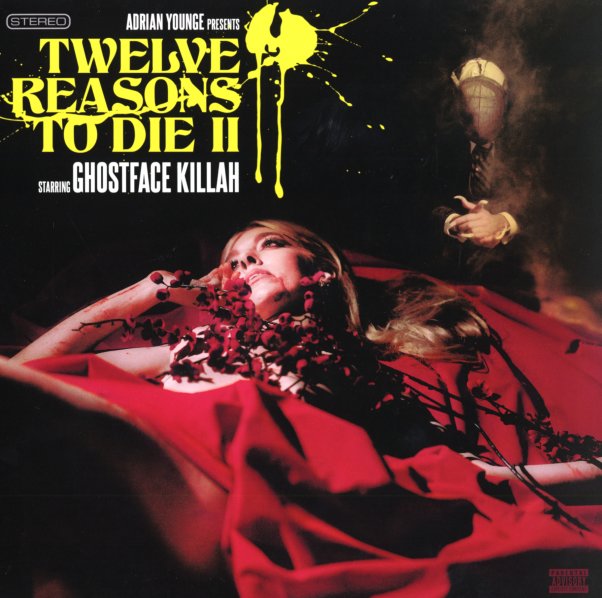 A superior sequel to Ghostface Killah & Adrian Younge's Twelve Reasons To Die saga – cementing the mid teens Ghostface creative resurgence in a major way – with some of the finest production work by Younge to date! It's a stunning reminder of how sharp Ghostface can be this late in the game when he's really feeling it, and he's a gracious host here, too – collaborating with Raekwon on the mic throughout the record, even featuring some moody narration by RZA – and seriously impressive guest appearances by Scarab, Lyrics Born, Chino XL and Bilal. There's a real mythology to the project, with a loose, but genuinely compelling narrative arc – combining prime Wu school crime noir rhymes and soundtrack funk production inspired by giallo, Blacksploitation and Younge's own distinct genius. Includes "Powerful One", "Daily News", "Return Of The Savage" with Raekwon & RZA, ,"Death's Invitation" with Scarab, Lyrics Born and Chino XL, "King Of New York", "Let The Record Spin" and "Blackout" with Raekwon, "Resurrection Morning" with Raekwon and Bilal and "Life's A Rebirth" with RZA.  © 1996-2020, Dusty Groove, Inc.