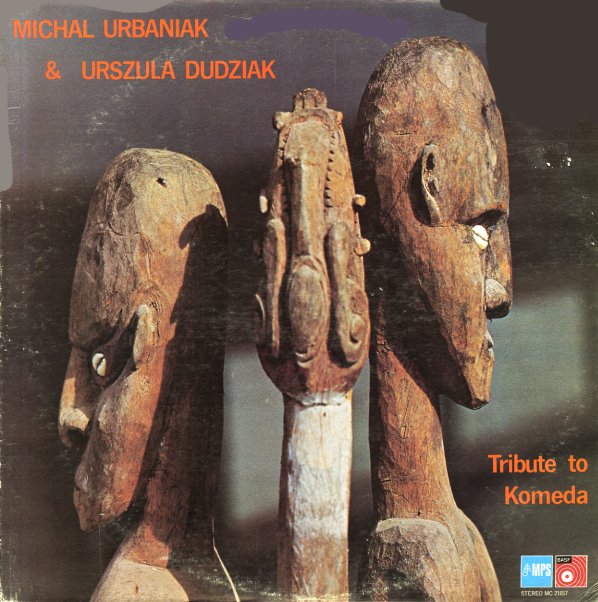 A fantastic tribute to the great Polish soundtrack composer Krzysztof Komeda – recorded in 1972 for MPS records by a group of Eastern European modernists that were among some of his closest associates! Players include the great trumpeter Tomasz Stanko, who also plays piano on the set; Michael Urbaniak, the famous sax and violin player who worked closely with Komeda in the 60s; Attilla Zoller, the great guitarist with a wonderful tone that rarely got heard in the West; and Urszula Dudziak, the amazing singer who's performing here at the prime of her career. The set features 6 of Komeda's best compositions – all rearranged by Stanko, Zoller, or Michael Urbaniak, but very much in a way that's in keeping with Komeda's genius! The tracks mix together jazz and soundtrack soundscapes, with slight touches of MPS production, in an approach that adds a bit of groove to Komeda's modernist vision. Titles include "Rosemary's Baby", "Kattorna", "The Trumpet Player Is Innoncent", and "Crazy Girl".  © 1996-2021, Dusty Groove, Inc.
(Mid 70s US pressing.)

Sax No End
MPS, 1967. Near Mint- Gatefold
LP...$29.99
They got the title right on this one – because with Johnny Griffin, Sahib Shihab, Karl Drewo, and Eddie Lockjaw Davis as main soloists on the record, the sax never ends! The album's easily one of the most hard-burning 60s sessions from the legendary Clarke-Boland Big Band – and has ... LP, Vinyl record album