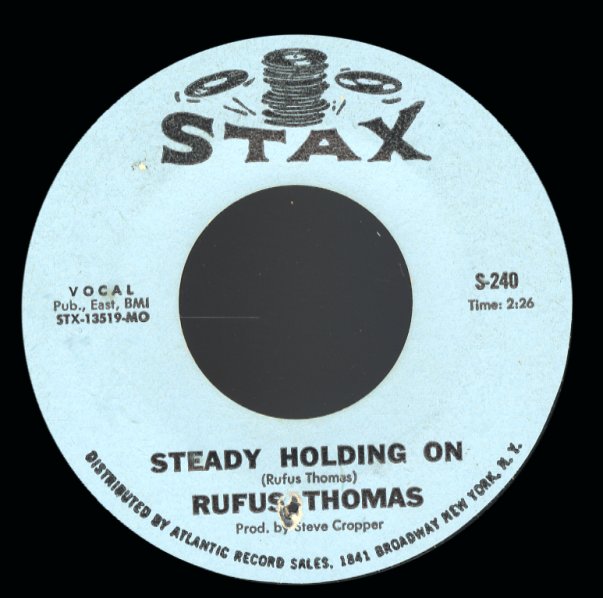 Down Ta My House/Steady Holding On

(Label has two peeled spots and has a drillhole.)