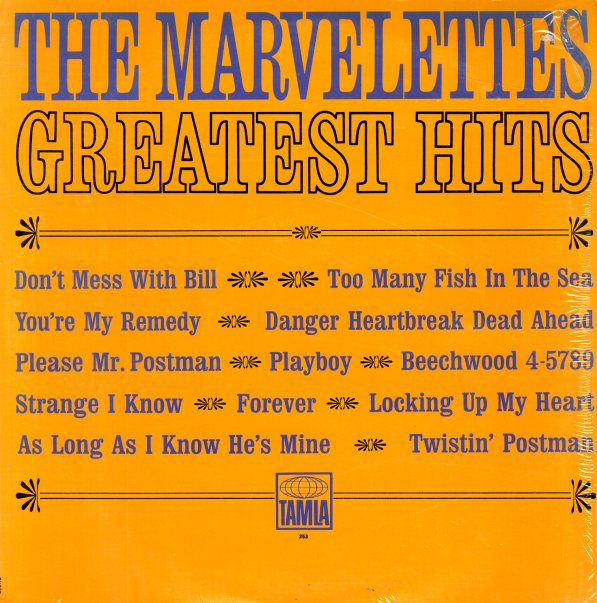 An early collection of singles from one of Motown's first standout vocal groups – the mighty mighty Marvelettes, one of those groups who put a rough edge on the female trio sound! The set's filled with loads of catchy little numbers that really define the early Motown approach – and titles include "Don't Mess With Bill", "Too Many Fish In The Sea", "Danger Heartbreak Dead Ahead", "Please Mister Postman", "Playboy", "Forever", and "Beechwood 4-5789".  © 1996-2022, Dusty Groove, Inc.
(Mono 2 Globes pressing with deep groove in the orange cover, with Tamla inner sleeve! Cover has spine and seam splits, staining and peeling from moisture, and heavy surface wear.)