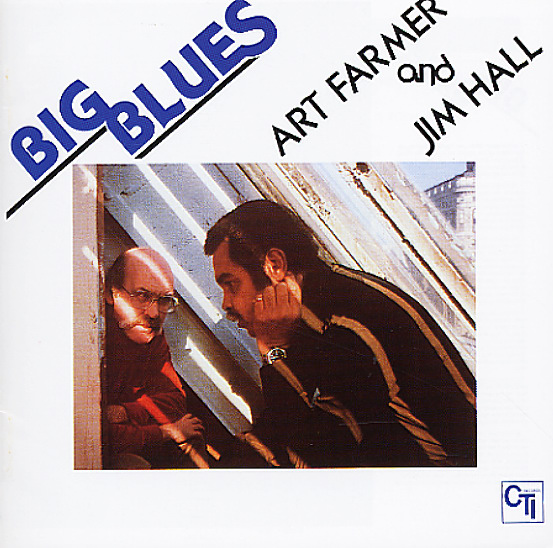 Sweet and subtle genius from two of the most understated players in jazz – a really great little record that makes the best of the CTI sound without tricking up the players too much! Art Farmer and Jim Hall play in a quintet with vibes by Mike Mainieri – in a style that eschews the electric funk of other CTI records, but has a similar sense of space, sound, and rhythm overall – proof that the label's groundbreaking approach didn't always have to be electrified! Tracks are quite long, and the two leaders effortlessly craft notes that magically hang in space with an airily soulful feel. Titles include wonderfully reworked versions of "Whisper Not", "A Child Is Born", and "Pavane For A Dead Princess".  © 1996-2022, Dusty Groove, Inc.
(Includes CTI inner sleeve.)