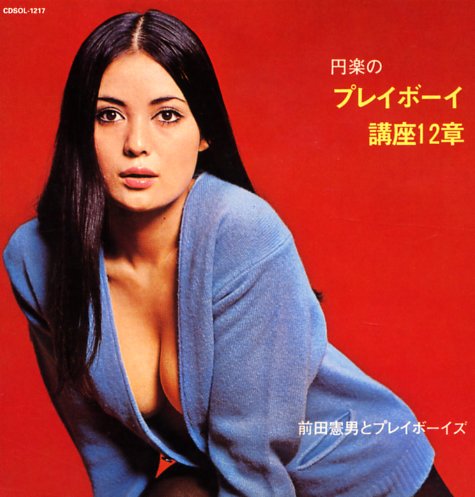 The album's got a sexy little cover – but that's no surprise, considering that the record's a late 60s "Playboy Manual" from Japan! The format is quite weird – as each track begins with some Japanese spoken bits from Norio Maeda, possibly on the art of seduction – and things then give way to some very groovy instrumental music, all in a hiply swinging blend of jazz and easy modes! The style's quite like some of Maeda's other work of the time – but even groovier – and the instrumental tunes alone are great – with romping piano, blasting horns, and some very tight, mod rhythms. Includes versions of "Sunny", "Mustang Sally", "More", "The In Crowd", "Yesterday", "Sound Of Silence", and "Girl From Ipanema".  © 1996-2022, Dusty Groove, Inc.
(Out of print, and includes obi!)

Free Spirit
PM/Ultra Vybe (Japan), 1981. Used
CD...$9.99 24.99
One of the few records ever cut by the great keyboardist Bernie Senesky – a player who did some of his finest work ever for the ultra-hip PM Records label! This set's got Bernie on both acoustic and electric piano – and the artist handles the keys with this sensitivity that's really ... CD