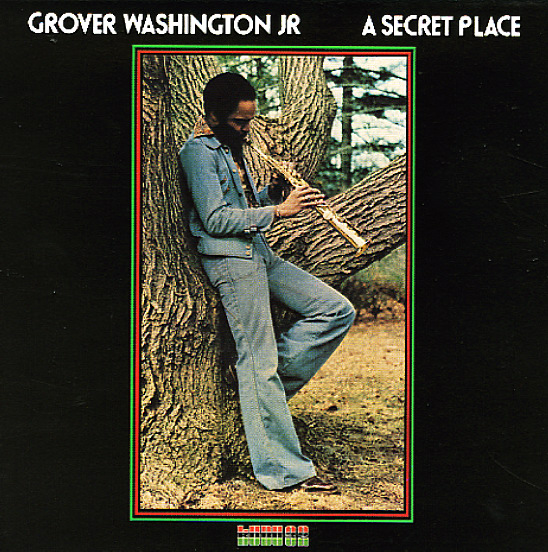 Nothing too secret about this record – given that it was one of Grover Washington's biggest hits of the 70s, and for good reason too! The album features four long tracks – all stretched out and layered together with washes of funky, yet subtle sounds – in a perfect blend that let Washington really stretch out on his solos, blowing with a great deal of soul over some hip instrumentation that includes Dave Grusin on electric piano, Anthony Jackson on bass, Harvey Mason on drums, and Ralph McDonald on percussion. There's a lean quality to the record that's completely sublime (why can't they make sets like this anymore?) – and although smooth, things are never slick – wonderfully soulful throughout, in that magic mode that Grover hit on a handful of key 70s albums! Titles include "A Secret Place", "Not yet", "Dolphin Dance", and "Love Makes It Better".  © 1996-2021, Dusty Groove, Inc.
(Out of print, digipack case has some edgewear.)

Strawberry Moon
Columbia, 1987. Used
CD...$4.99
Strawberry Moon has a number of laidback groovers, with some solid Washington originals such as the title track and some sweet covers. BB King plays and sings on "Caught A Touch Of Your Love", with Jean Carne guesting on "The Look Of Love". Grover's sax is soulful and sweet ... CD

All My Tomorrows
Columbia, 1994. Used
CD...$3.99
An overlooked gem from reedman Grover Washington – recorded in his later years, but a set that's actually got more of an acoustic style overall – one that goes back to the roots farther than any of Grover's fusion records! Washington's a great straight player in this setting – ... CD