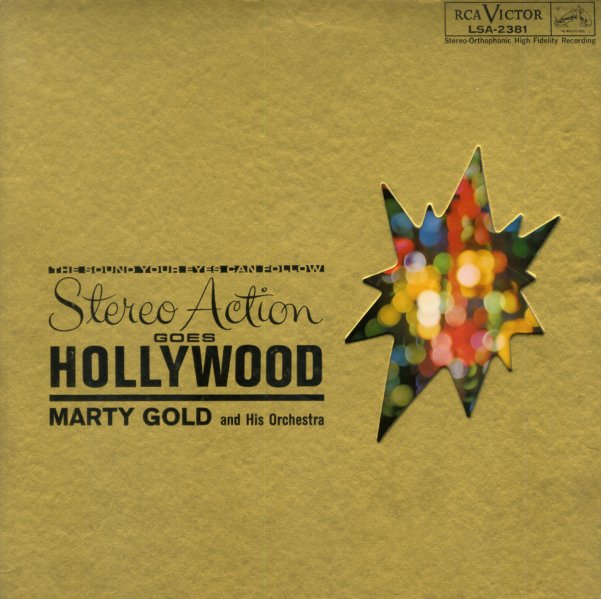 One of the die-cut cover "Stereo Action" series, with a variety of film themes given a wild batchelor pad twist. Tracks include "Colonel Bogey", "Tara's Theme", "The High & The Mighty", and "Song Of The Barefoot Contessa". Not too way out, but nicely swinging.  © 1996-2022, Dusty Groove, Inc.
(Stereo pressing in the die-cut cover, with light aging.)