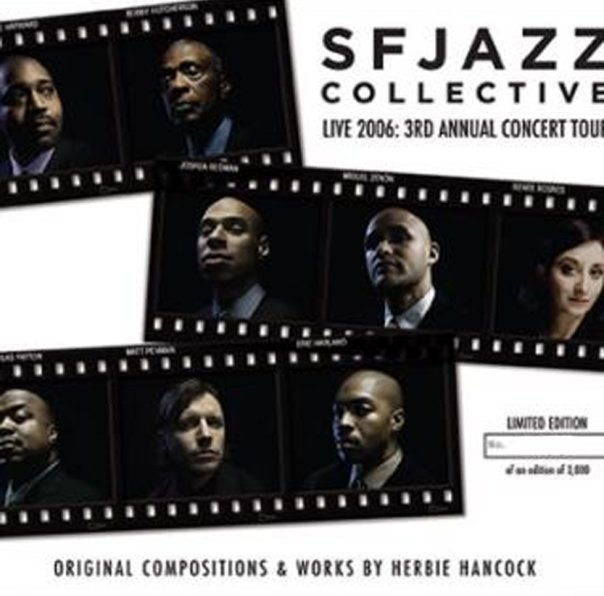 The music of Herbie Hancock, but not like you might be thinking – as the arrangements here are all new, and done by Gil Goldstein – performed by a great lineup of the SF Jazz Collective, along with some of their own music too! The group here features Nicholas Payton on trumpet, Miguel Zenon on alto, Renee Rosnes on piano, Bobby Hutcherson on vibes, Joshua Redman on tenor and soprano, Matt Penman on bass, Andre Hayward on trombone, and Eric Harland on drums – nearly all of whom contribute a tune, in a lineup that features the Herbie Hancock tunes "Maiden Voyage", "Riot", "Tell Me A Bedtime Story", "Actual Proof", "Little One", and "And What If I Don't".  © 1996-2021, Dusty Groove, Inc.
(Limited numbered edition of 3000 copies!)