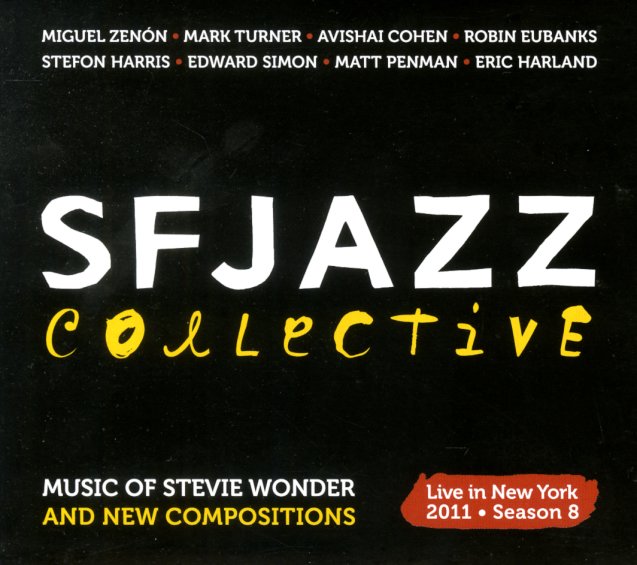 The San Francisco Jazz Collective, recording in New York – doing a really wonderful job with a host of tunes from the mighty Stevie Wonder! These aren't soul songs, or easy cover versions – as the tunes are complex and jazz-based right from the start – stretched out in ways that only use the compositions as an initial framework, before adding in all these really creative arrangements, and strong solos from just about every member of the group! This time around the lineup features Stefon Harris on vibes, Mark Turner on tenor, Miguel Zenon on alto, Avishai Cohen on trumpet, Robin Eubanks on trombone, Edward Simon on piano, Eric Harland on drums, and Matt Penman on bass – an instrument that's really important to the shape of many of these tunes. The group also brings in a few originals – most in the spirit of Stevie – and titles include "Orpheus", "Young & Playful", "Sir Duke", "Creepin", "Race Babbling", "Superstition", "Do I Do", "Blame It On The Sun", "My Cherie Amour", "Visions", and "Life Signs".  © 1996-2021, Dusty Groove, Inc.
(Limited numbered edition of 5000 copies!)