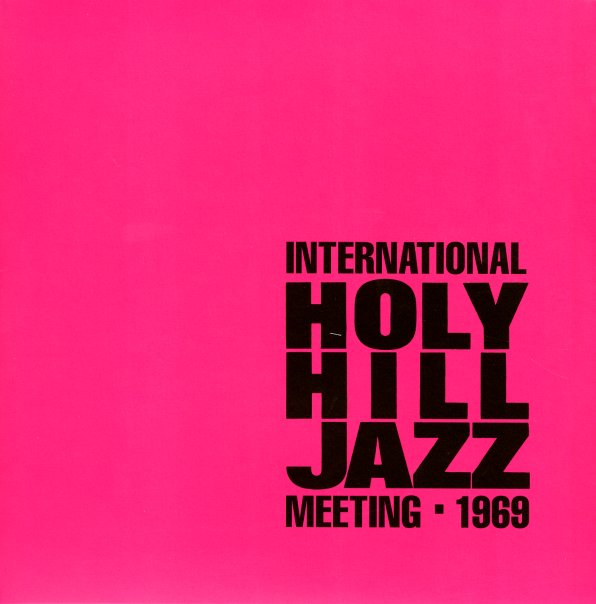 A legendary moment in European free jazz – performances all recorded on a single Sunday in 1969 – but which stand as some of the most powerful music of the time! The vibe here is often in the best spirit of early FMP, or maybe the most outside work of MPS – and the recording quality equals the best avant jazz on both labels – with very long performances on each track that represent the pinnacle of all players involved! One side alone is worth the price of admission – a searing track titled "Finally", performed by an octet with Peter Brotzmann at the helm, alongside Evan Parker on tenor and soprano sax, Fred Van Hove on piano, Paul Rutherford on trombone, Peter Kowald on bass, and Pierre Favre on drums. Favre returns on "Let's Talk About The Weather" – played by a trio with Kowad on bass and Irene Schweizer on piano. Other tracks include "Five To Five" and "Gluga Gluga Blues" by the Joki Freund Quintet, "In Memory Of John Coltrane" by Marion Brown, "Vibration" by the group of saxophonist Joe Fiera and trombonist Ed Kroger, and "Circus Live" by a quartet led by Rolf Kuhn on electric clarinet, with Joachim Kuhn on piano and Stu Martin on drums.  © 1996-2021, Dusty Groove, Inc.