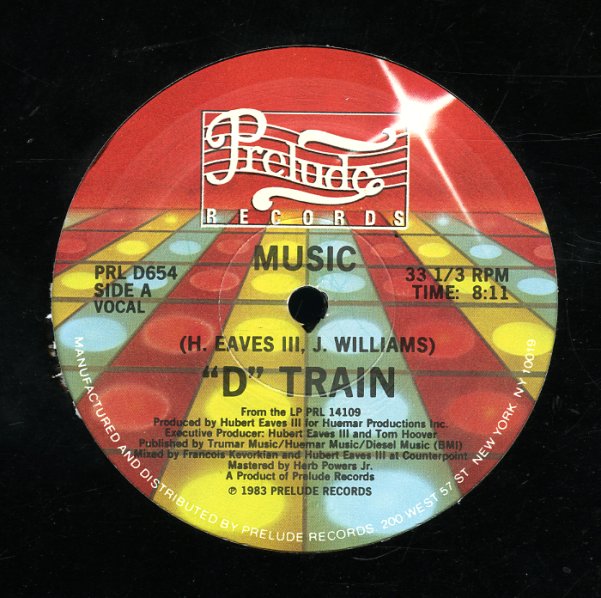 Get those bass pedals out of the attic! Hubert Eaves lays down a very nice slightly-electro groove on this classic club track from James D-Train Williams.  © 1996-2022, Dusty Groove, Inc.
(In a Prelude sleeve with top taped seam.)