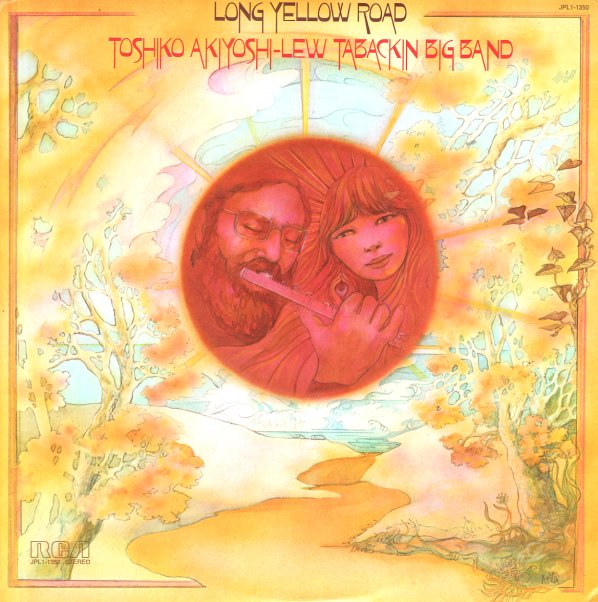 A 70s classic from the team of Toshiko Akioshi and Lew Tabackin – a duo who did for the jazz ensemble mode in their generation what Kenny Clarke and Francy Boland did in the 60s! The material here is wonderfully inventive – the kind of compositions that Toshiko wouldn't have even written in her smaller combo years – fleshed out here by a fantastic group that includes Lew Tabackin and Gary Foster on reeds, and Bobby Shew and Don Rader on trumpets – all in a setting where the voices of the individual members really get a lot of space to shine! Titles include "Since Perry", "Opus No Zero", "Long Yellow Road", "First Night", "Children In The Temple Ground", and "Yet Another Tear".  © 1996-2022, Dusty Groove, Inc.
(Black label pressing. Cover has a bumped corner and light wear.)