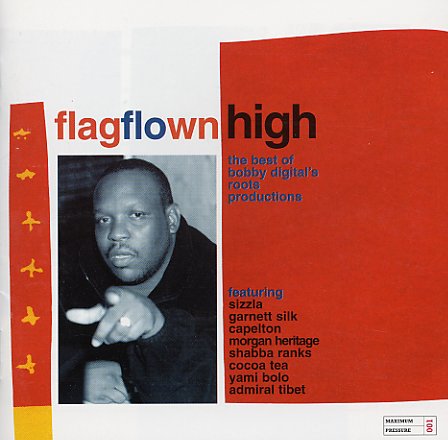 Jamaican music, like classic R & B, has always been a producer-driven music, and remains so to this day. Bobby Digital Dixon has stepped up in the 90s to assume the role played in the past by greats like the Hookims or Bunny Lee, while also taking on the mantle of passed down by his mentor King (formerly Prince) Jammy. Clearly the foremost producer in Jamaican music for the last decade, this compilation put together by the folks at Pressure Sounds under their new side label Maximum Pressure focuses on the highlights of his work, and in doing so is a showcase for just about every important contemporary Jamaican singing and dee jay talent. Rather than having to wade through a couple dozen 12 inches each of the hottest rhythms, this compilation brings together the cream of the crop: 19 awesome Digital B tracks, including Garnett Silk's "Mystic Chant", Shabba Rank's "Heart of A Lion", Sizzla's "Good Ways", Louie Culture's "Fire Bun", and "Every Knee Shall Bow" by Garnett Silk, Cocoa Tee & Charlie Chaplin.  © 1996-2021, Dusty Groove, Inc.
(Includes original slipcase.)

Uprising
Island, 1980. Used
CD...$2.99 (CD...$4.99)
The last studio album issued by Bob Marley during his too-short lifetime – and the kind of record that continued to keep him at the top of the global scene – not just a reggae star, but a worldwide superstar who would have kept the fire burning for decades! The group is rock-solid ... CD