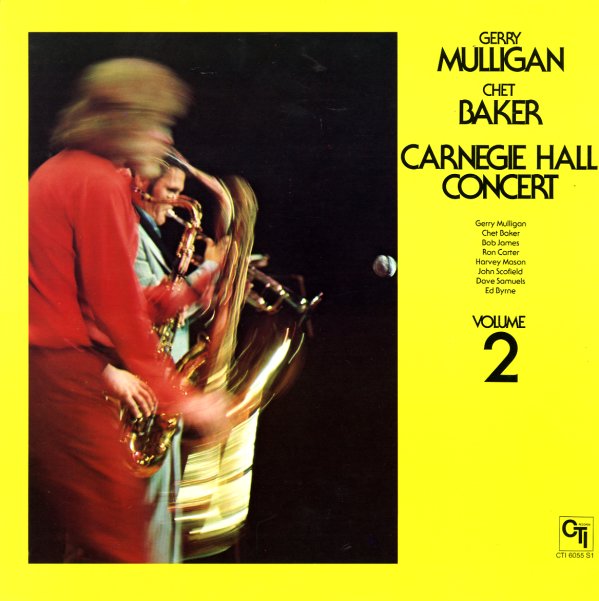 A surprisingly wonderful 70s meeting between Gerry Mulligan & Chet Baker – recorded live, with sweet electric touches from CTI – in a style that shouldn't work so well, but which really comes off great! The approach is simple – Mulligan and Baker solo in a manner that's a bit like their 50s work, but which also unfolds more than usual with backing from a group that includes Bob James on electric piano, Ron Carter on bass, John Scofield on guitar, and Harvey Mason on drums. Tracks are long, with lots of space – hanging in a beautiful balance between electric and acoustic sounds. Titles include "It's Sandy At The Beach", "Bernie's Tune", "K-4 Pacific" and "There Will Never Be Another You".  © 1996-2021, Dusty Groove, Inc.
(White label stereo promo with Van Gelder stamp. Cover has some ring and edge wear, a cut corner, a bit of clear tape at the opening, and some waviness from moisture at the bottom right corner.)

God Bless The Child
CTI, 1971. Very Good+ Gatefold
LP...$19.99
A stone classic from Kenny Burrell – a record that brought the guitarist to a whole new audience, with a wonderful sound that's a perfect summation of CTI at its best! The vibe here is perfect – spare, airy guitar lines from Burrell – playing with a freer style than usual, ... LP, Vinyl record album