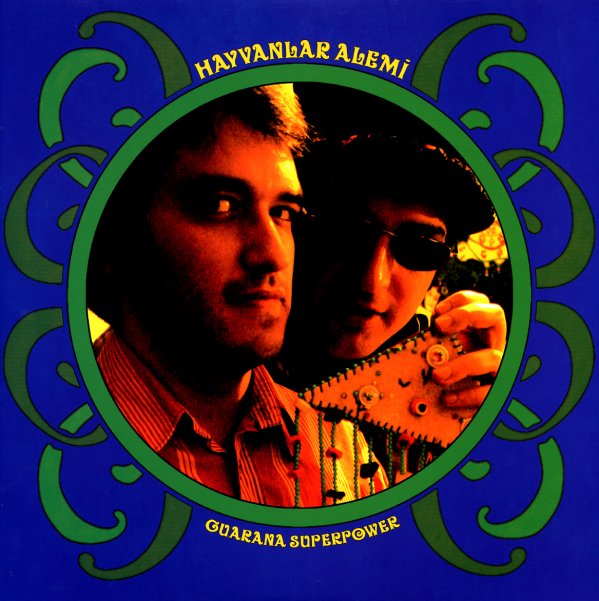 Incredible contemporary Turkish psychedelia and hypnotic instrumental jams from Hayvanlar Alemi – a group that blends their region influences with a world of psychedelia and wordlessly anthemic possibilities for a sound all their own! Electric guitars drive of the group's sound – with excellent drums and percussion and bass filling out most the additional instrumentation – with stylophone on one song and some cool electric mandolin on a couple. But the guitars are amazing, with spindly, heavy lead and fuzzed out rhythms. Great stuff from the incomparable Sublime Frequencies. Titles include "Bahar Patlatan", "Mega Mambada". "Welcome To Sunny Australia", "Stamina", "Mavi Sepet", "Guarana Superpower", "Snakesurfing", "Akiskan Misafirler Iki", "Ineffable Dresscode".  © 1996-2022, Dusty Groove, Inc.