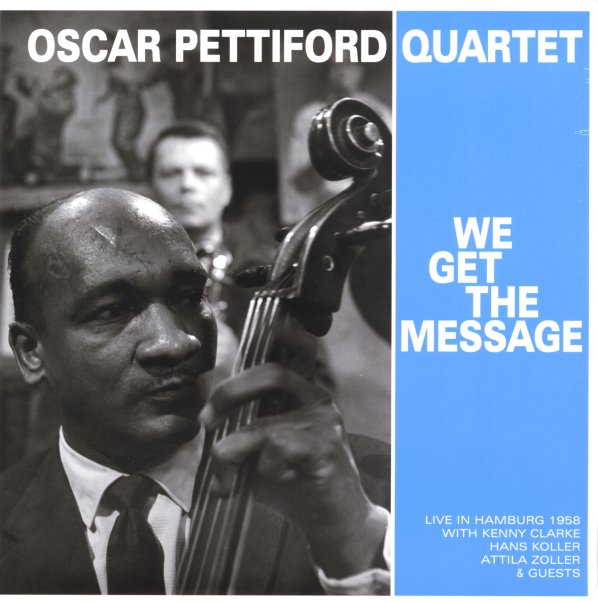 We Get The Message

Never-heard work from the legendary bassist Oscar Pettiford – recorded at a time when he was making some very big waves on the European scene! During the 50s, Pettiford not only helped revolutionize the role of the bass in jazz, but also helped bring that instrument to new possibilities in the role of a leader – working in groups that were usually as great as this one – a smoking lineup that features Hans Koller on tenor and alto, Attila Zoller on guitar, and Kenny Clarke on drums – all playing with energy that's about as tight, sharp, and soulful as you could hope for the German scene of the postwar years! Like Clarke, Pettiford's presence on the scene really helped lay the groundwork for a big explosion of talent in the MPS/Saba years – and the sound of that later label is definitely heard here in gestation – especially on some of the tunes that add in additional players who include Gerd Dudek on tenor and Willia Sanner on baritone. Titles include "Cohn's Lament", "Stalag 414", "Willi Der Bar", "Dark Glow", and "Gertberg Walk".  © 1996-2023, Dusty Groove, Inc.