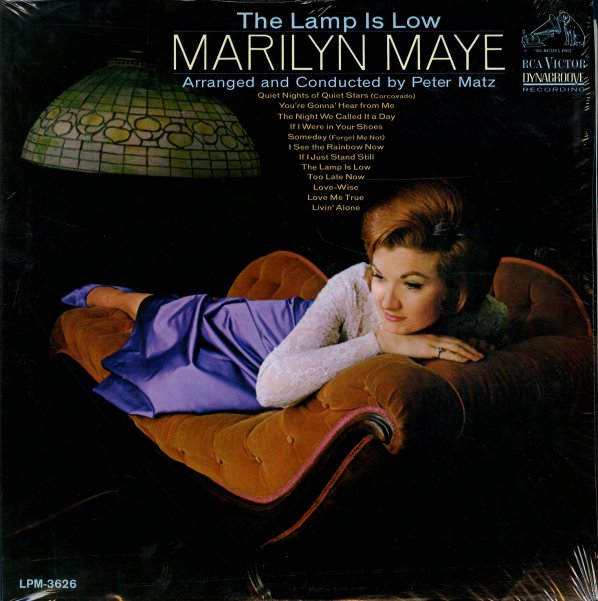 A lesser-remembered singer, but one who gets some top-shelf backings here from Peter Matz! Titles include "Too Late Now", "Love-Wise", "Livin Alone", "If I Just Stand Still", "The Night We Called It A Day", and "Quiet Nights Of Quiet Stars".  © 1996-2021, Dusty Groove, Inc.
(Stereo black label pressing with deep groove. Cover has light aging.)