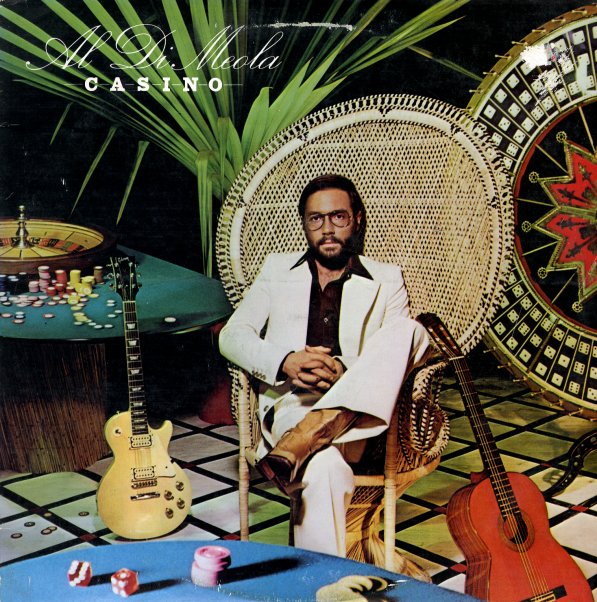 Casino has a smaller, tighter lineup than some of Al DiMeola's other records of the time, but the overall sound is still pretty far-reaching – thanks to a mix of keyboards from Barry Miles, and a blistering array of acoustic and electric guitars from Al himself! Steve Gadd propels the group with some very heavy drums, and Anthony Jackson plays bass – on titles that include "Egyptian Danza", "Chasin The Voodoo", "Senor Mouse", "Casino", and "Fantasia Suite For Two Guitars".  © 1996-2021, Dusty Groove, Inc.
(Includes the printed inner sleeve. Cover has a small sticker.)