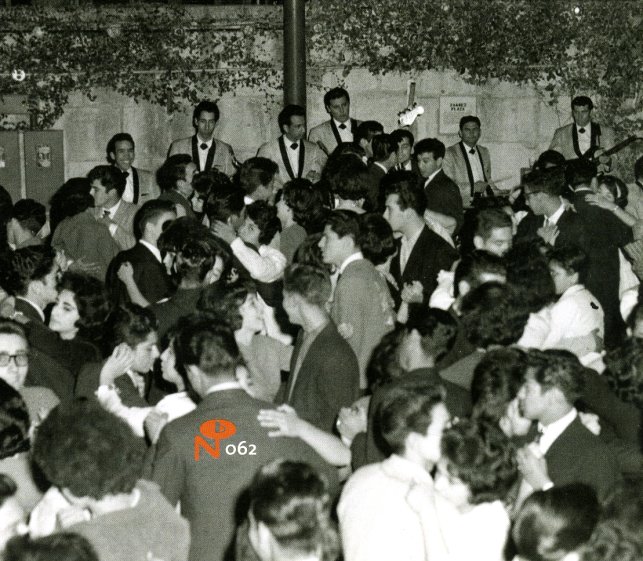 Really wonderful work from the Texas scene of the 60s – not the heady psych or garage usually associated with the state, nor the more Latin-inflected modes from the border – but instead a unique batch of music that feels more like work from either coast, and which comes across with a surprisingly soulful sound! The 60s scene in East LA is well-known as a hotbed of early Chicano soul – and plenty of Spanish Harlem groups also dug doo wop at the time too – and the Royal Jesters fit perfectly right into that spot – working like a garage band, but with a stunning approach to vocal harmonies that really rivals the underground soul acts of the time. Most of the best cuts are relatively mellow and laidback – ala Joe Bataan's sweet soul work – and a few other nice numbers bring in a romping party vibe to balance things out, with some of the festive qualities you'd expect from the crowd scene on the cover. Yet it's the soul tunes we love the most, and the album's filled with them – a heady collection of 28 tracks that includes "I've Got Soul", "I'm So Sorry", "Afro-lypso", "My Life", "Spanish Grease", "Back To You", "Just A Friend", "Theme For A Lonely Girl", and "Meet Me Down In Soulsville".  © 1996-2022, Dusty Groove, Inc.