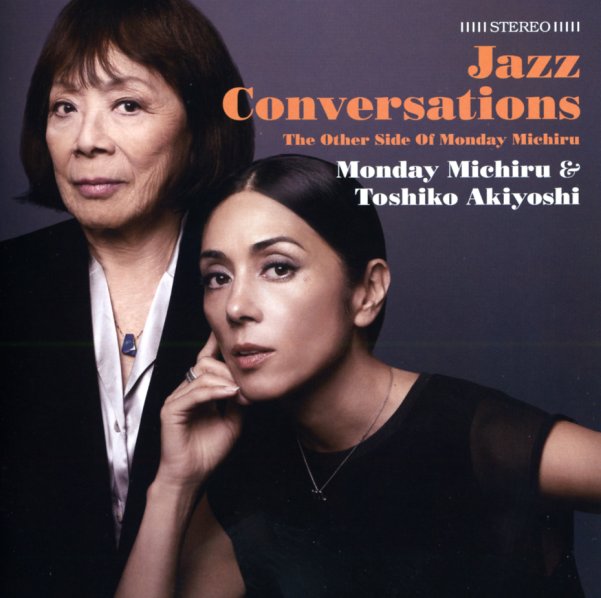 The other side of Monday Michiru – or, more appropriately, the early side of the great soul singer – given that her roots in jazz go very far back, to the time when she was the child of two very famous jazz musicians! This set has Monday reunited with her mother – the legendary pianist Toshiko Akioshi – who works exclusively on piano, in this wonderfully pointed, introspective style – while Monday both sings in a jazz style, and plays flute as well – an instrument she first used on record when she was about ten years old. The reunion is a wonderful one – and while Toshiko's every bit as great as you'd expect, we find ourselves falling in love with Monday even more than before – as her handling of the mellower material is beautiful, and opens up an even more deeply expressive side of her vocals than before. The record's got a bit of added bass and drums at points – and titles include "Frog", "Long Yellow Road", "First Night", "Love & Life", "New Girl In Town", "Broken Dreams", and "Ain't Gonna Ask No More".  © 1996-2021, Dusty Groove, Inc.