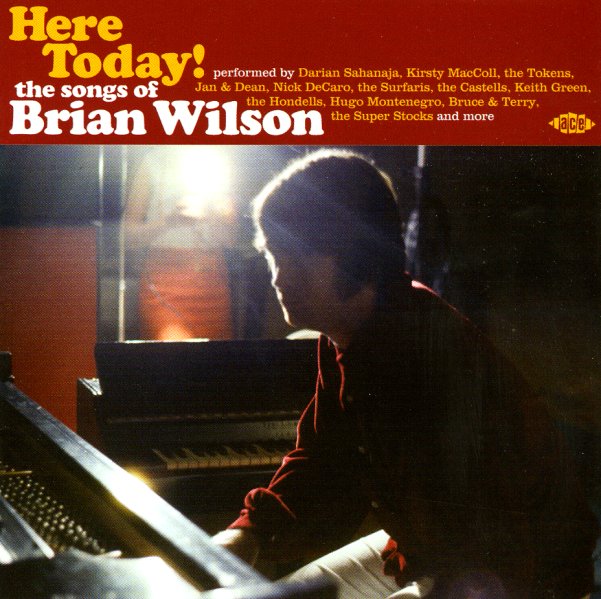 Think the genius of Brian Wilson was only tapped by his partners in The Beach Boys? Think again – because as this lovely little set will show, a huge amount of other artists drew from the songwriting genius of Brian Wilson in the 60s – not just to cover the big hits of his famous group, but also to dig much deeper into the full spectrum of his songbook – and come up with their own versions of album tracks from Pet Sounds, Smile, and other gems of the time! The collection is wonderfully free of overdone hits – and instead is full of lots of our favorite songs from Wilson – and not just tunes he wrote for the Beach Boys, but other artists as well. And although Brian himself only produced a handful of cuts on the set, most of the 25 numbers have a very unified feel – thanks to a host of contemporary producers really working hard to explore things in the same way as Wilson in the studio. There's a few cuts from later years, but most are late 60s vintage – and titles include "Here Today" by Bobby Vee, "Guess I'm "Dumb" by Johnny Wells, "Time To Get Alone" by Redwood, "Farmer's Daughter" by Basil Swift & The Seegrams, "Girl Don't Tell Me" by Keith Green, "She Rides With Me" by Joey & The Continentals, "My Buddy Seat" by The Hondells, "Don't Hurt My Little Sister" by The Surfaris, "Caroline No" by Nick DeCaro, "Good Vibrations" by Hugo Montenegro, "You Still Believe In Me" by Kristy MacColl, and "God Only Knows" by Betty Everett.  © 1996-2021, Dusty Groove, Inc.