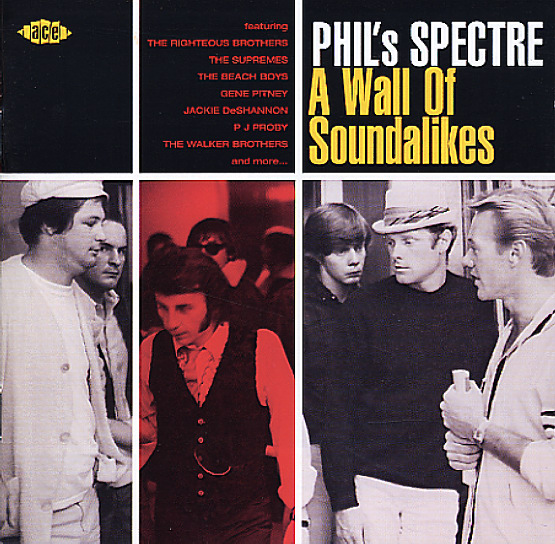 Phil's Spectre – A Wall Of Soundalikes

That's not a typo in the title – the compilation's a collection of tracks that all bear the mark of Phil Spector – Spector's Spectres, if you will! It's a well known fact that Phil had a monumental impact on 60s rock, pop, and soul music – as his "wall of sound" production style forever transformed the sound of the single back in the sixties. And although there's been lots of compilations that focus on Phil's own work, this is the first one we've seen to showcase his proteges and contemporaries – a surprisingly wide range of studio talents who all picked up on Phil's tricks and twists! The tunes on the set include some great 60s soul and pop numbers, and a bunch of the tracks are reissued legally here for the first time. Plus, the set's got some wonderful liner notes – really taking you through the tracks, and explaining the connection to Spector and the overall sound of the music. Features production work by Nick DeCaro, Van McCoy, Jan Davis, Abner Spector, Brian Holland & Lamont Dozier, Brian Wilson, Sonny Bono, and Jack Nitszche – and titles that include "When You Walk In The Room" by Jackie DeShannon, "When The Boy's Happy" by The Four Pennies, "Hang On" by The Wall Of Sound, "Tremblin" by Gene Pitney, "A Little Love" by Alder Ray, "On The Spanish Side" by The Corsairs & Landy McNeil, "Why Do Fools Fall In Love" by The Beach Boys, "Just You" by Sonny & Cher, "I Can't Make It Alone" by PJ Proby, "And That Reminds Me" by The Dolls, "You're So Fine" by Dorothy Berry, "Missing My Baby" by Clydie King, and "I Just Couldn't Say" by Lorraine & The Delights.  © 1996-2021, Dusty Groove, Inc.