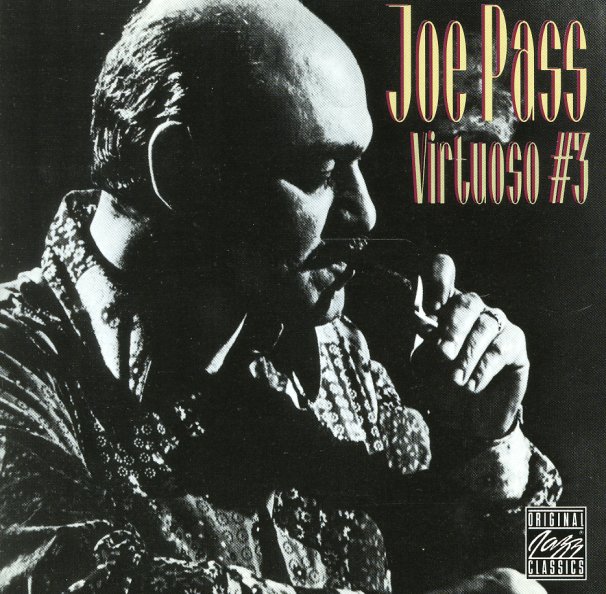 Solo guitar by Joe Pass – a beautiful little album that's a perfect showcase for the new sensitivity in his music during his years at Pablo records! The Joe Pass heard here is light years away from the guitar player who made a few gimmicky records a decade before – and this album has Joe coming across with a gentle, but sophisticated approach to his instrument that we never would have expected in the past! Titles include "Off Beat", "Sultry", "Trinidad", "Ninths", "Minor Detail", and "Nina's Blues".  © 1996-2022, Dusty Groove, Inc.
(Out of print.)