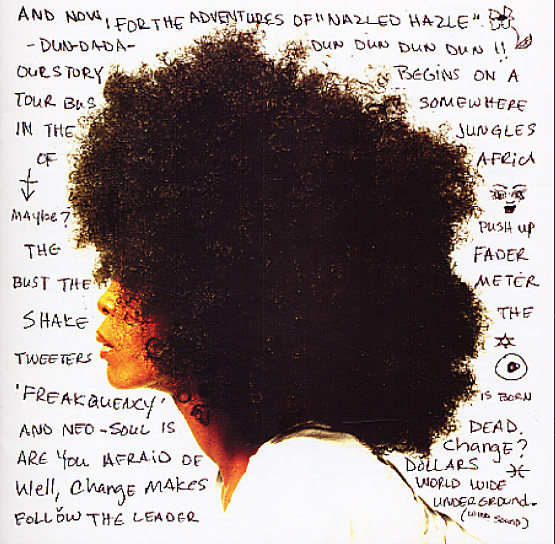 A nice one from Badu – one with a depth of feeling and genuine soulful vibes that live up to its title, despite the fact that she records for one of the world's biggest media conglomerates! It's all about the vibe here. Erykah rolls her syllables, scats and emotes feelings more than an actual narrative in the strongest of these cuts. It's not that she's forgone lyrics, but it's all about the ambience, not radio sing-a-longs. She also dives head first into her organic soul and hip hop hybrid sound a little more sparingly, but still better than most who that followed her lead post-Baduizm. She channels Donald Byrd on the great "Think Twice", which is pretty indicative of the vibe as a whole. The groove is sorta mellow, but in a very tripped-out way, with deep organ washes and synth tones, scratchy soul guitar, and crisp organic beats. There's an appearance by Dead Prez on "Steady On The Grind", and a really sweet old school flavored remake of the great "Love Of My Life" track from the Brown Sugar soundtrack with Queen Latifah and Bahamadia, but for the most part Erykah is sweating soul on her own spiritual plane here. It's gonna take a little while to sink in, but this may be her best album (despite whatever naysaying BS you may read in mainstream reviews.) Tracks include "Bump It", the great single "Danger", "Woo", "Back In The Day" and "I Want You".  © 1996-2022, Dusty Groove, Inc.