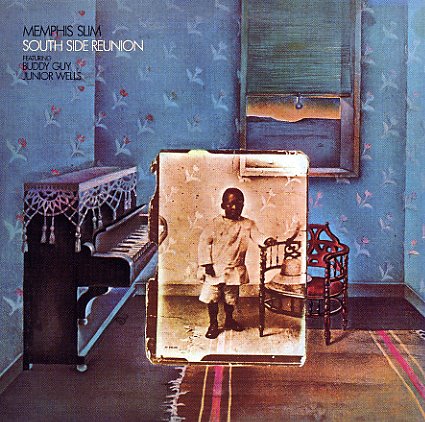 Slim may have "Memphis" in his name, but the set's a reunion with southside Chicago players Buddy Guy & Junior Wells – recorded in France in 1970, when the players were backing up the Rolling Stones on tour! The album also features AC Reed and Jimmy Conley on saxes – and has a full modern electric blues sound, of the sort that Guy and Wells would popularize strongly in the 70s. Most titles are originals credited to Peter Chatman – and titles include "Good Time Charlie", "When Buddy Comes To Town", "You Called Me At Last", "You're The One", "No", and "Help Me Some".  © 1996-2022, Dusty Groove, Inc.
(Green label stereo pressing.)