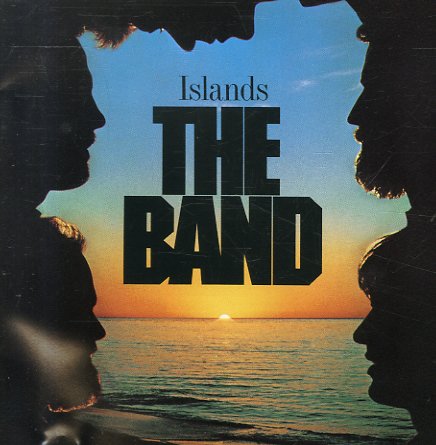 A truly underappreciated later album from The Band, made after they decided to hang it up as a touring act – one that holds up SO much better than it's given credit for, by thier die hard fans and even The Band itself – but it works for us! The Band's most legendary first couple of records were the product of a longtime road tested group of deeply invested craftsmen, working together in a beautifully intuitive way. By this point, they are well known to have been looking for an exit strategy – and while Islands is a strong batch of songs, masterfully played and soulfully sung – it's genuine charms get lost in the lore. It's a breezier, easier going affair than their more rawly passionate records, but it's an overlooked gem. Includes "Right As Rain", "Street Walker", "Ain't That A Lot Of Love", "Islands", "The Saga Of Pepote Rouge", "Knockin' Lost John", "Living In A Dream" and their sweet little take on "Georgia On My Mind", with Richard Manuel on lead vocals for a change, given this beauty of a pop standard a gruff edge that works wonderfully well.  © 1996-2022, Dusty Groove, Inc.
(Cover has light wear.)

Moondog Matinee (wrap-around cover)
Capitol, 1973. Near Mint-
LP...$24.99
The Band's surprising step back to their roadhouse roots – paying homage to early rock and rhythm & blues the grew up on, and honed their chops on when in their years as The Hawks! Moondog Matinee features a few great covers that split the difference between the raucous energy of their ... LP, Vinyl record album