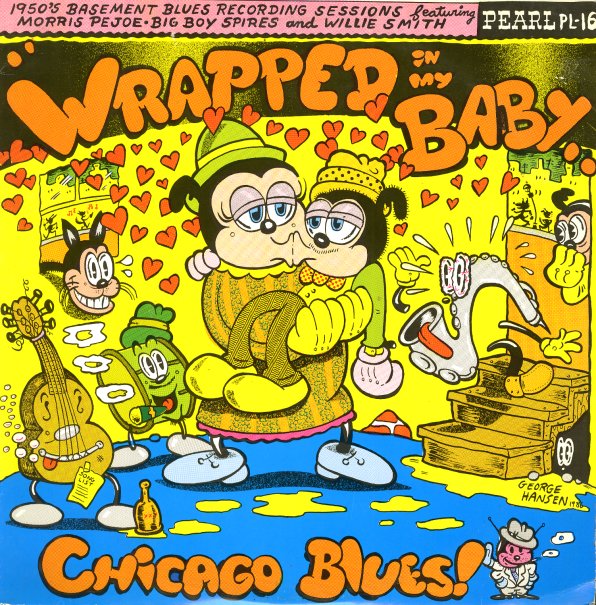 Wrapped In My Baby – Chicago Blues

Rare Chicago material, issued here on this small Delmark label imprint– one side with Morris Pejoe on vocals and guitar in a small combo with tenor and alto – the second with both Arthur Big Boy Spires and Willie Big Eyes Smith on vocals – in a combo with Edward El on guitar and Willie Long Time Smith on piano!  © 1996-2023, Dusty Groove, Inc.
(Cover has a small cutout hole in one corner.)