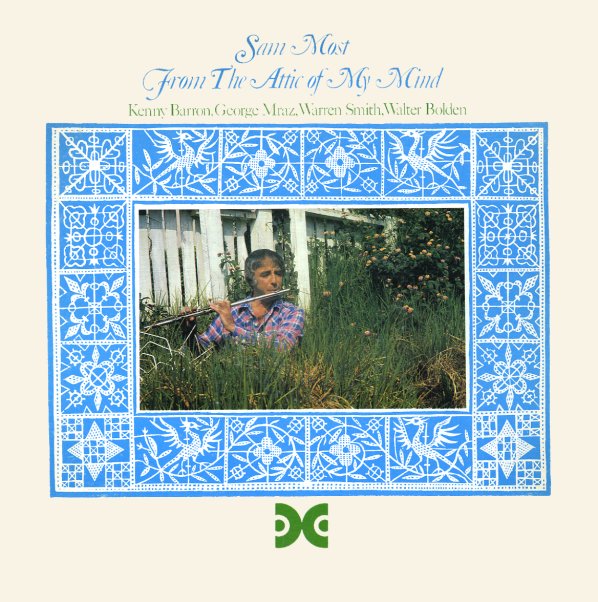 A tremendous album from flute man Sam Most – a record that really shines strongly amidst the rest of his catalog – and one that has us completely reevaluating our understanding of his sound! By the time of this set, Sam had been blowing for a few decades – most famously on Bethlehem Records sessions of the 50s, but also on a number of other records over the years – yet this album has the musician emerging as a stunningly strong voice on his instrument – playing the flute with all of these low, deep tones that are quite a change from more mainstream jazz flute of the decade – especially in fusion or crossover soul. There's a wonderfully moody vibe to the album – laidback, but never sleepy – and cast out perfectly with a group that includes Kenny Barron on piano, George Mraz on bass, Walt Bolden on drums, and Warren Smith on percussion. Most titles are originals by Sam – and tracks include "Blue Hue", "Out Of Sight In Mind", "Keep Moving", "Only Forgotten Yesterday", and "Child Of The Forest".  © 1996-2021, Dusty Groove, Inc.

Night Flight To Dakar/Xanadu In Africa
Xanadu, 1980. New Copy 2CD
CD...$11.99 19.99
An excellent set of recordings from a unique moment for the Xanadu Records label – an imprint that was carrying the torch of the Prestige label style well into the 70s – also run by that label's old head, Don Schlitten! The tracks here were all recorded live in Dakar – by a tight ... CD