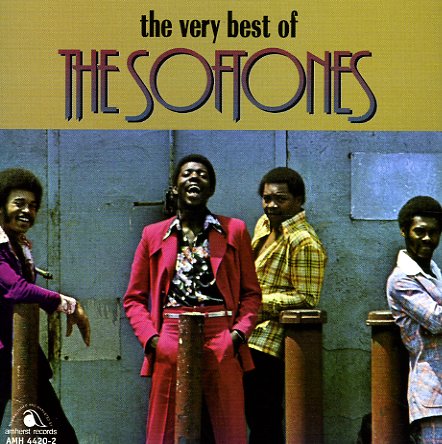 A massive batch of work from The Softones – a group who cut some great indie singles back in the 70s – often with a sweet harmony sound that rivaled that of their Avco labelmates The Stylistics! Like that group, The Softones had a great way of hitting a fragile ballad – plenty of street corner echoes, but a smoother sound for the 70s too – beautifully brought up to date with some top-shelf production, but in ways that never get in the way of their wonderful vocals. The collection features a host of rare singles by the group – packaged with full details on the original releases, which were arranged by key 70s talents like Patrick Adams, Sammy Lowe, Van McCoy, Horace Ott, and others. The set features a whopping 17 tracks in all – with titles that include "Any Street", "Can't Help Falling In Love", "I'm Gonna Make The Score", "I Played The Fool", "Hey There Lonely Girl", "That Old Black Magic", "Extra Ordinary People", "My Dream", "I'm Gonna Prove It", "Sweet Dreamer", "I'm Gonna Make The Score", and "Laundromat".  © 1996-2021, Dusty Groove, Inc.